Master DNC list is the country-wide DNC list provided by the government bodies such as FCC and FTC in U.S. Whereas User DNC is a list for every user who is performing fax or voice broadcasting using ICTBroadcast. It allows a call or fax recipient to be removed from your calling lists automatically. This list can be populated manually as well as automatically when some call recipient chooses opt out. When using ICTBroadcast, it is up to user to ensure that all Federal and State laws are followed. But most aspects of voice broadcasts are heavily regulated within the system including the time of day to call and limitations on where to call. 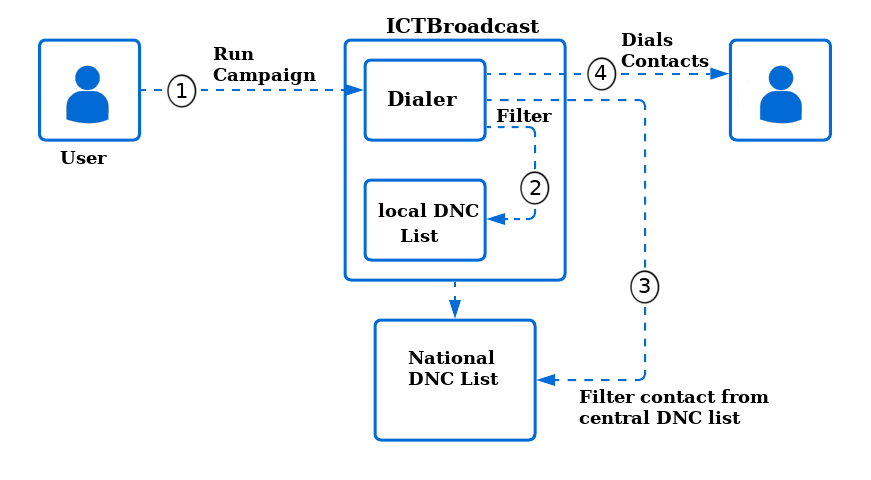 ICTBroadcast incorporates Answering Machine Detection, enabling you to hang up calls on AMD detection, or leave different messages for answering machines, according to requirements. DNC Support

ICTBroadcast has built-in support for Answering Machine Detection (AMD). This feature distinguishes between a human and machine when a call is answered by the other party. This is important to know because human and machine behave differently. If you are running an interactive campaign where you would like your call recipient to respond by pressing some key, in such scenario, if call is picked by an answering machine, then you would really like to play a different message or would like to simply hangup because machine cannot respond. 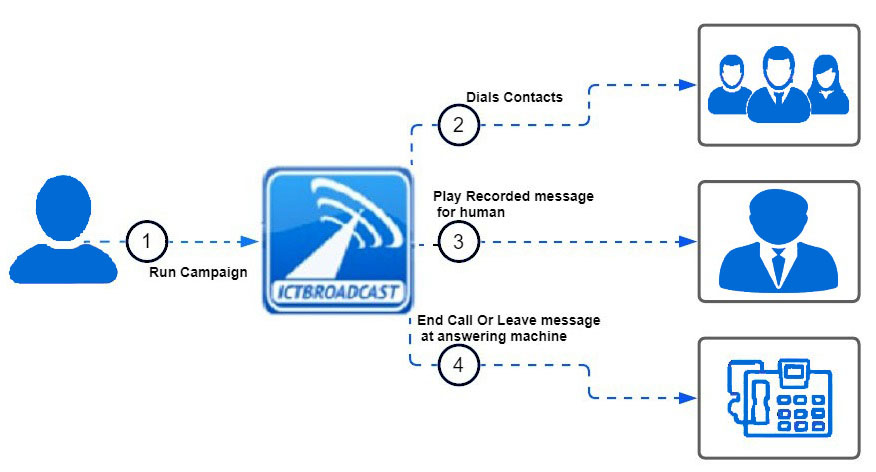