ICTBroadcast incorporates Answering Machine Detection, enabling you to hang up calls on AMD detection, or leave different messages for answering machines, according to requirements. Learn more about ICTBroadcast 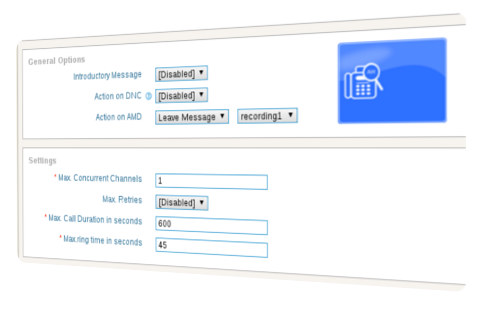 ICTBroadcast has built-in support for Answering Machine Detection (AMD). This feature distinguishes between a human and machine when a call is answered by the other party. This is important to know because human and machine behave differently. If you are running an interactive campaign where you would like your call recipient to respond by pressing some key. In such scenario, if call is picked by an answering machine, then you would really like to play a different message or would like to simply hangup because machine cannot respond.

To use AMD Detection you need to configure it in the settings first: 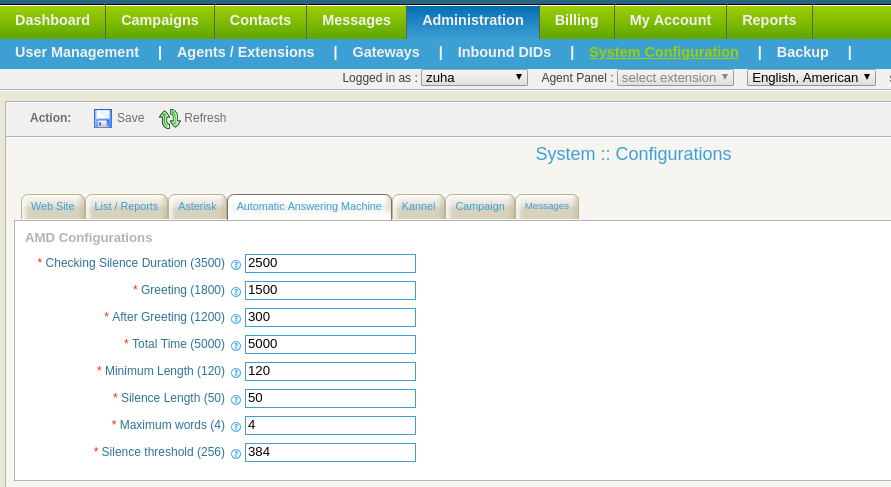